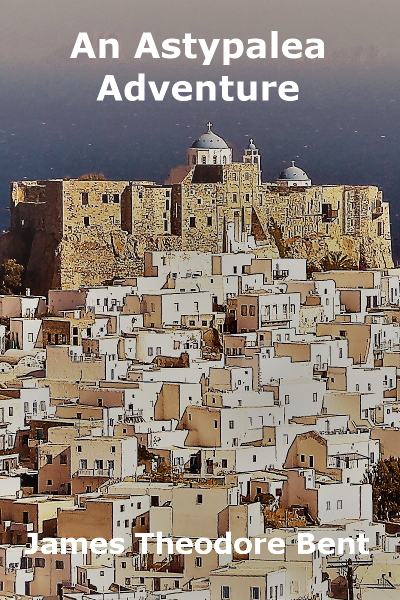 In March 1886, the couple visited Astypalea and stayed for 10 days. Their writings represent a unique record of Astypalean life, customs and beliefs at a time when the island was still under the control of the Turkish Ottoman empire and normal life was developing after the scourge of the piracy of previous centuries.

This ebook is a digitised edition of the contemporary magazine article he wrote for the March 1887 edition of The Gentleman’s Magazine entitled ‘ASTYPALÆA‘.

Theodore wrote about their adventures in the islands of the Cyclades in his best-selling book ‘The Cyclades or Life Among the Insular Greeks’.

World Enough, and Time: The Travel Chronicles of Mrs J Theodore Bent Volume I: Greece and the Levantine Littoral You can read more about Theodore and Mabel Bent at the official Bent Archive website tambent.com. The website also contains details of their books and writings, including Mabel’s diaries providing a more informal narrative to their Astypalea adventure.