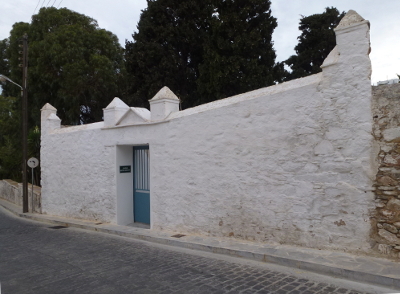 After the Greek War of Independence started in 1821, the then-sparsely-populated island of Syros grew rapidly to become the administrative centre of the Greek Aegean world, earning it the sobriquet of ‘The Capital of the Cyclades’. By the time the English adventurers Theodore and Mabel Bent arrived in the 1880s, it had become one of the most important commercial centres in Greece, its pre-eminence only later eclipsed by King Otto’s new capital of Athens and its port of Piraeus. Britain maintained a consulate in Syros; it was a major hub of the white-hot technology of telegraphy, the Internet of the day; its port handled the flow of goods and shipping between the West, the Levant and beyond.

Clicking on the link below will take you to read the tale on another of our sites dedicated to, and integrated with, Theodore Bent’s book, ‘The Cyclades or Life Among the Insular Greeks‘.